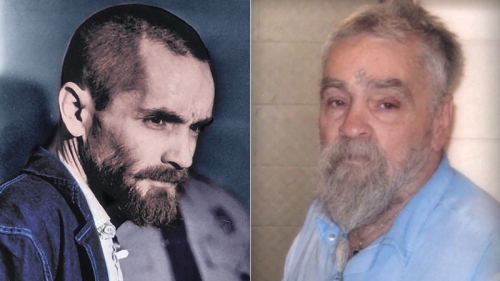 Show your support, and encourage others to do the same, for a man who was born during the great depression 83 years ago, in the year 1934 when the average yearly income was $1500! This man has lived a long time, and through many things. He is a man of honor and deserves to be treated with dignity.
It doesn’t matter what you think Charles Manson did, he did not murder any of the victims he was convicted of murdering. This is known to be completely factual, although most of the time he is mentioned in the media he is labeled as a murderer or a serial killer.
All of the bogus “controlled others to kill for him” rhetoric is complete fabrication by a politically ambitious (i.e: corrupt) lawyer who perverted and skewed the code of the outlaw.
He turned an outlaw order into a cult and the person the order saw the most wisdom and leadership in he called the leader.
Through coercion, interrogation and threats the d.a. got testimony from co-defendants who broke and got deals.
Don’t trip that you will be put on a “list” if you sign this petition. We are all already on a list. Therefore we are the list.